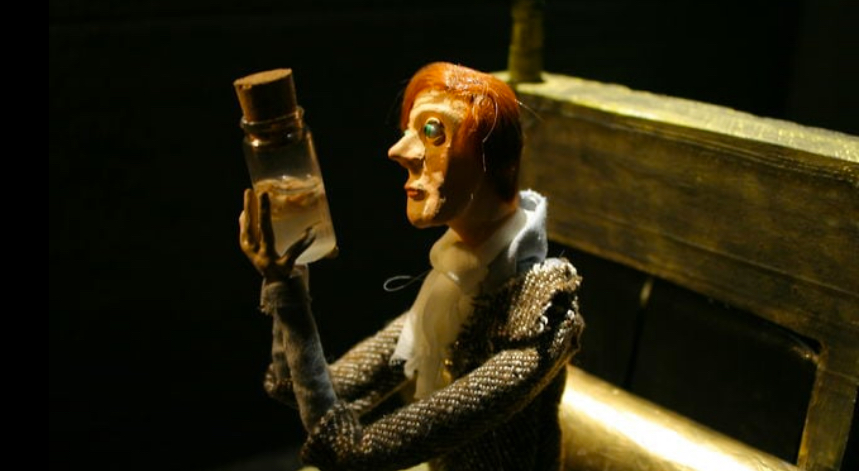 "The Terrbarium" is a poetry film about the poem "The Terrbarium" from 1924 by Joachim Ringelnatz. The Bauhaus graduate Margarita Leonore Göbel shows as strange collector as a stop-motion puppet cartoon.

Margarita Leonore Göbel, born in 1985, is a visual designer who works with all sorts of handmade creatures made of clay, silicones and other components that are hard to imagine. Her films have been awarded several times. She has been working in this field for more than 10 years and is constantly developing new styles, techniques and media. Since 2016, Margarita lives and dreams again in Barcelona. Internship at Sandmannstudio Trickfilm GmbH (Berlin-Babelsberg): mainly constructing, painting scenes and building dolls. Visual communication course at the Bauhaus University Weimar. Membership of the private film school and the Berlin film association "Filmarche": Video editing course. The artist works as a model and actress for various film and TV productions. http://www.margaritaleonore.com/hey/

Joachim Ringelnatz (born 1883 in Wurzen as Hans Gustav Bötticher, died 1934 in Berlin) was a German writer, cabaret artist and painter, who is best known for humorous poetry around the fictional character Kuttel Daddeldu. He was a well-known writer at the time of the Weimar Republic and had actors like Asta Nielsen and Paul Wegener among his close friends. His partly bizarre, expressionistic and witty work is still known today.