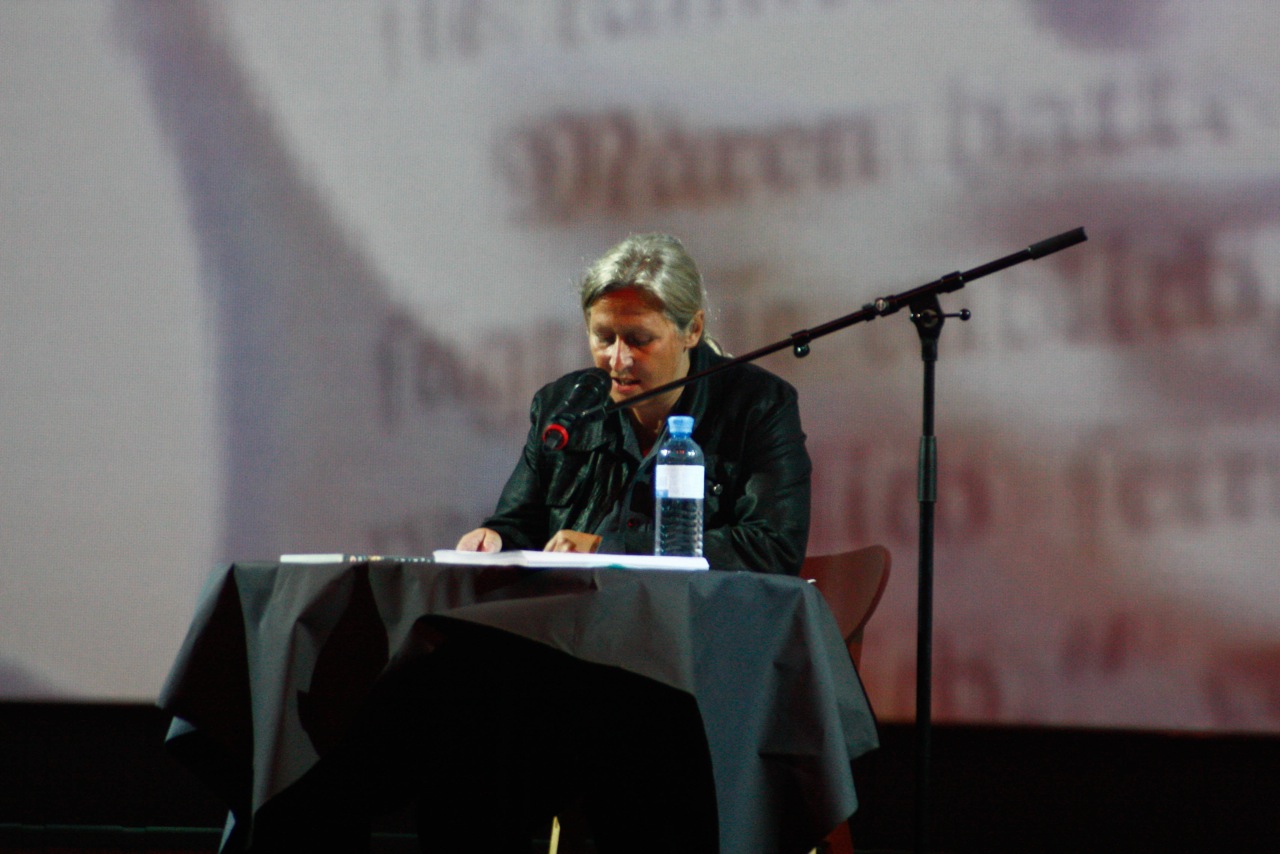 THE FASCINATION OF POETRY FILMS

As director of the Vienna Art Visuals & Poetry Film Festival, I became captivated by the fascination of the poetry film, because beyond language, intermedia fields of reference to the visual arts and music are emerging. Several levels of perception at the same time are both a fascination and a challenge. A successful poetry film creates a balance between text, image and music. In the coordination this is a very sensitive process. If this balance succeeds, the films reach a timeless dimension through language and leave their viewers with the desire to see the film again. A good poetry film does not exhaust itself. It creates a state of mystery and - like poetry - points out that the truth behind things always eludes us.

The film curator's perspective
As a curator, I am looking for the fascinating, perfectly produced cinepoems that I believe insist on at the major short film festivals. It's about anchoring poetry film in the festival business. Exceptional films advertise the genre, which still plays a major outsider role in the film scene. If you take a closer look at these outstanding cinepoems, you will usually find that the visual component dominates and the text is usually subordinated. Poetry films have to hold their own against short films that were made with professional production equipment and often even receive five-figure subsidies. The production standards in technical terms are very high. As a film curator, I try to improve the image of poetry films through a particularly careful selection. Poetry film is ridiculed in the film world, not least because there is very little money to be made. I consider it very important to work against the image with professionally produced poetry films.

The filmmaker's perspective
As a filmmaker I try to produce poetry films that open the door to the big short film festivals. To ensure this, I work together with experienced filmmakers. My poetry films are created at the editing table. Perfect editing technique is required so that the poetic freedom is not limited by the cinematic realisation. As a film curator I see a lot of films, so I know about the recurring motifs: skin, mouths, feet, glass splinters, films in condemned buildings or walking through the landscape are topoi that recur again and again. I try to avoid these topoi in the visual language as much as possible. Whoever relies on them should at least come up with something special in the implementation. Furthermore, I look for open texts and consider very carefully how much the text already anticipates. A complex language structure demands more simplicity in the visual language and this reduction is not always appreciated in the film world. Especially since the view prevails that poetry has to lie in the visual language alone.

The poet's perspective
The poet sometimes struggles with the requirement that linguistic complexity and formal perfection in the sense of formal hermeticism make the cinematic realisation of a text very difficult.

Not all of my lyrical texts are suitable for a filmic realisation. The meaning of the words must be graspable at film speed. Unlike in the book, there is no natural pause in the film. What is needed are simple sentences that offer a meaning on the surface, or spoken texts with a poetic impact. Good poetry film texts are reduced and less condensed in their linguistic complexity compared to a poem. The more reduced the better, the simpler the text, the more free space is created for the image. Word repetitions or nonsense texts are stylistic devices that have proven their suitability. In poetry film, the sole dominance of the image is dissolved by language.

In this context I would like to refer to the attitude of the Syrian poet Ghayath Almadhoun. He demands that poetry makes up 50% of a poetry film. Furthermore, Ghayath believes that the films should come from the poets themselves and do not have to be perfectly produced.* The argument is widely used among authors, as they resist the demanded perfection in the cinematic realisation. I myself take a different view, because I am interested in language films of all genres. Almadhoun's point of view would have the consequence, not least, that poetry films are mainly shown in their traditional niche, at literature festivals and poetry film festivals. The production budgets, however, lie in the film departments. If the poetry film wants to grow up, it must become eligible for funding.

Nevertheless: often the imperfect, the hand-drawn is much more poetic than a computer animation produced with all the means of art. Filmic perfection often kills poetry. You have to play with it. Last but not least, historical film material with all its flaws opens up a poetic power that we often painfully miss in the super-sharp images of modern HD cameras.

* See the interview with Ghayath Almadhoun: " »Watching Poetry Films: ›Arab Countries Were the Only Ones Not Taking Part‹« (2014).

Published in the magazine of the "Poetry Filmkanal" Weimar by Guido Naschert on July 12, 2015. Link to the Online-Magazin