Sigrun Höllrigl, born 1966 in Innsbruck, spent her youth and school time in Switzerland. Later on studies of literature and philosophy at University of Vienna  Major subjects: German literature 1900 - 1938. Philosophy of enlightenment, psychoanalysis. Final thesis about the German writer and journalist Kurt Tucholsky and  Master degree in philosophy. Begin of the doctor studies, research fellowships in Germany (Berlin, Stuttgart), travels to Switzerland. Journalism in arts, art & mediaprojects, writing. Publisher of the first art e-zine in Austria "der maschinist" She founded  the artplatform ART 2000 and realized the  pilot project  "Computer Communication & Prison" with the Austrian media artist Franz Xaver. She founded the art association "Target Reply" and realized works in media arts, journalism, did ghostwriting and realized two bookprojects for the Austrian publishing house Ueberreuter. (e. g. „Flirting in Cyberspace“). In 1999 she changed into information business and worked for 6 years for renowned international companies and later on in event marketing. In 2008 Sigrun Höllrigl returned again to arts founding the initiative and artist community ART VISUALS &POETRY www.poetryfilm-vienna.com.  The group works on multimedia literature performances, and on poetry films. Beside that she follows her own literary literary work writing essays, novels, poems, articles. In 2013 she co-found a philosphy and dialog project for Ulrich Reinthaller www.phoenixberg.at  and directed the first poetry film festival in Vienna In 2014 she organised the first poetry film competition in Austria and is the director of the Viennese poetry film festival. 2015 her novel "Odysseus X" was published by edition keipler. In 2016her second novel  called  "Das Lager/The Camp" was published by edition keiper Graz. Sigrun Höllrigl  lives in Vienna and Lower Austria.

Katharina Wenty, born in Korneuburg in 1995, grew up in Vienna, where she discovered her passion for writing at the age of eight, and for filmmaking another eight years later. During her education as a multimedia specialist at the Höhere Graphische Bundes-, Lehr- und Versuchsanstalt she specialized in film & photography, and after graduating she turned to theater, film and media studies at the University of Vienna. With her short film projects she has already been part of several film festivals, e.g. 3rd International Short Film Festival Pune India, Wörgl Short Film Festival, and could collect one or the other award, among others Media Literacy Award and Zeitimpuls Kurzfilmaward. Since 2016, Katharina Wenty has been performing regularly as a poetry slammer on stages in and outside the German-speaking world, and has now appeared at numerous festivals, congresses and events in over ten countries on three continents. As chairwoman of Poetry slam'md - Verein für Bühnenkunst, Literatur und Jugendkultur she organizes and moderates together with Anika Suck a poetry slam series with an international focus in Mödling. She represents Austria in the World Poetry Slam Organization and is actively involved in the planning of annual world championships.

Katerina Dimitrova, born in 1994 in Sofia, Bulgaria. Finished an art school there with a focus on Graphic Design.  Then continued with an Erasmus program in Germany at Fachhochschule Münster. From 2015 on Katerina is a student at the University of Applied Arts, Vienna, Faculty Graphic design and commercial. Coming from a family of artists and sculptors, encouraged her to pursue her passion for art, therefore she made a one year exchange at the class of Painting and Animation. Recently she made an internship in the Vienna based graphic design studio "Traktör" and had two group exhibitions in the Viennese galleries for contemporary art Wasserwasser Galerie and LLLLLL Showroom. 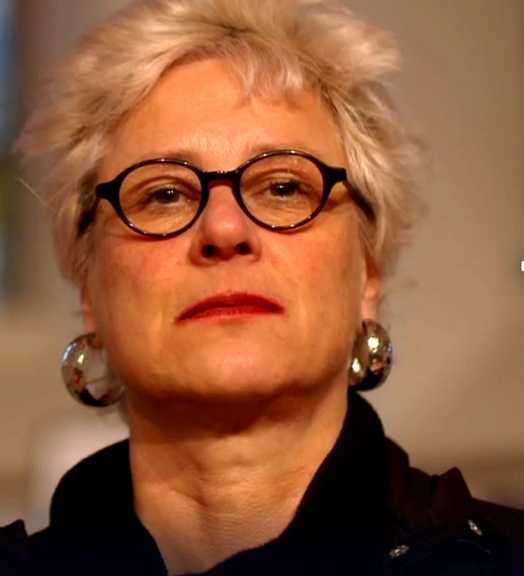 Kathrin Schwedler, Kathrin Schwedler, born in 1961, studied German language and literature in Mainz with a focus on the Viennese turn of the century. Living in Wiesbaden she worked in the fields of literature, cabaret and theater. She was as a cultural journalist e.g. for the newspapers Wiesbadener Kurier and Frankfurter Rundschau. Later she became an agent for artists and led a cabaret in the Wiesbaden area for many years.

4youreye - Live Visuals, was established in the early 1990s and is based on the Rave, Ambient and Club culture of that decade. 4youreye have, since their creation over 10 years ago, not only became famous  in their own country but also they can look back to manys successful international performances. The 2man crew stand for fast hard cuts and unconventional screen sequences taking images that we believe to know from old viewing habits, out of their original context to then generate them into a completely new context. That, what music tries its best to express, is portrayed here in always changing picture collages. They work principally live, so in real time produced FX with the intentiont o combine music and visuals into one form entity. Music becomes visual and can be experienced in a totally different way. There emerge unique time-limited images, fed out of computer images, TVsamples and their own productions. Found, imagined and found again serve as fragmentary clichés which then with acquisitiveness and the strength of reinterpretation create a mind-boggling diversity. Stories are understood as a never-ending Babylonian Archive of pictures, media, sounds and symbols that explore the open spaces of the future. Aesthetically, 4youreye relate their non linear and expansive conceptions towardst he abstract Art films of the 1920`s, the literary and politicalcut-up and collage technique of the experimental films from the 1950`s / 60`s, the complete concept of the happening art and rockconcerts of the 1970`s and the live concept of the video scratchers of the 1980`s. 4youreye lives and works in Vienna / Austria www.4youreye.at