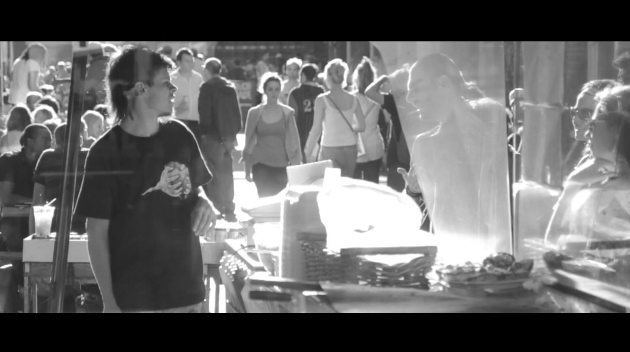 A poetry film about love and transiency. W.H. Audens famous poem "As I walked out one evening"  set against London's Bricklane. Shot improvisationally in one night.

Peter Szewczyk is one of few Hollywood film makers, who approached poetry film. Since the start of his film career at George Lucas' famed Skywalker Ranch, Peter Szewczyk has had a front row seat to the crafting of Hollywood blockbusters. Szewczyk contributed as an artist and technician to the legendary franchises of Harry Potter, Shrek, Star Wars and Ice Age, but it was not until his time on Avatar that he felt he was ready to leave the trenches of digital production, for the challenges of directing. A string of award-winning short films followed, including the festival favourites, ColourBleed and Our Lady Of Lourdes, showcasing his ability to blend emotional story-telling with arresting imagery.

Tags
Peter Szewczyk
W. H. Auden
Your crooked heart
As I walked out one evening