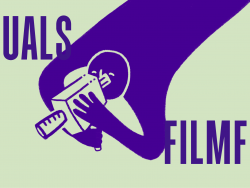 The 2021 festival poet of the Art Visuals & Poetry Film Festival is the Carinthian writer Antonio Fian, who lives in Vienna. He is very well known domestically for his satirical columns in the Austrian daily newspaper Der Standard. The following festival poem "ruhwunsch" by Antonio Fian is to be filmed in very different ways around the world as part of a poetry film competition called SPECIAL AWARD.