The Special Award is a special prize that the festival has traditionally announced and awarded as an international prize since 2014. This special competition is based on a festival poem, which is provided as a soundtrack read-in as the basis for the competition. A selection of the film adaptations made especially for the festival and this competition will be screened. The best film will be awarded a prize of 500 euros by the jury on Saturday evening.

Poet Antonio Fian will introduce the film screening with a reading. He reads unpublished poems from the cycle "Präsidentenlieder" (Presidential Songs) and gives samples in high German and in dialect from his collection of dramas "Wurstfragen" (Sausage Questions), which will be published in spring 2022. 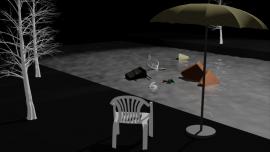 3D animation based on the poem and neologism "ruhwunsch" by Antonio Fian. The film plays in an ironic way with the desire for tranquility in urban space, which usually only emerges with increasing age, manifests itself through a retreat into ideal living environments, but is ultimately in vain.

Susanne Wiegner, born and raised in Kempten (Allgäu), lives in Munich. Studied at the Academy of Fine Arts, Munich Dipl.-Ing. Univ. / Diploma of Interior Design. DAAD scholarship for USA, study of architecture at Pratt Institute, Brooklyn, New York. Office partnership with Prof. Dipl.-Ing. Franz Xaver Lutz, Lutz und Wiegner, Munich - design of space, construction, equipment. In addition to projects in real space, for several years she has been creating 3D animations that combine literature and virtual space. Her works are shown in group exhibitions and at international festivals. She works and lives in Munich. www.susannewiegner.de 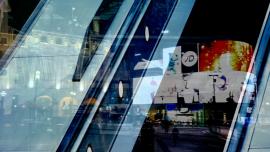 It is a semi-experimental poetry film whose theme is silence - or the absence of noise - or the noise in the city. Through images and sound, the film explores the contrast between these two themes. I really liked the theme of this poem, the contrast between the quiet and the noisy city, which is so important in today's world, and I focused on the soundtrack to emphasize that.When I make poetry films, I don't have a set style, but rely on each poem to inform the images and the sound. 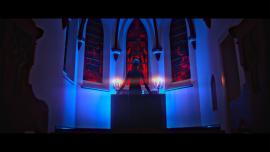 "Ruhwunsch" is our debut project. Accordingly, the participation in this festival plays a special role for the team and me. Thank you for the opportunity to have a platform despite this terrible pandemic.

Onur Bilmen, 6 semester Mainz University of Applied Sciences, Time-Based Media course. Currently on a semester abroad in Korea. I am the child of Turkish migrants who immigrated to Germany in the 90s. I was born in Wiesbaden and grew up there. Actually I started as a scriptwriter, for this I took part in a correspondence course which deepened my professional knowledge. Unfortunately, my options were limited, so I first started an internship at a production company. Soon after that I started studying media design in Mainz. There I discovered my love for audio engineering and sound design. For this I would like to deepen my knowledge in the future. I am part of the artist collective "TosoFriday". 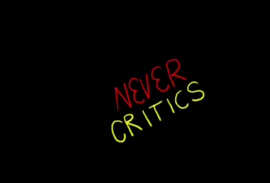 This film runs out of competition!

The desire for rest comes up in most people, as we live in a hectic, very fast-paced time, where the breathers often come too short. Our resilience depends, among other things, on the time off we take from the tumult of everyday life. Antonio Fian's poem describes this everyday life very precisely in his poem, much remains implied, yet it seems very familiar. The film by Nikolaus Jantsch tries to translate Antonio Fian's text into images, and to expand on it. In the end we wish for only one thing, peace.

Nikolaus Jantsch, 1999 Beginning of studies in sociology in Linz. 2000 Studied painting at the University of Applied Arts Vienna, class Attersee and continued his studies in sociology. 2006 Diploma passed with distinction. 2012 Head of the studio for experimental animation film, University of Applied Arts Vienna. 2016 Co-founder of the "under-radar" award. Numerous festival screenings & awards with short films and music videos at home and abroad. Portfoliolink 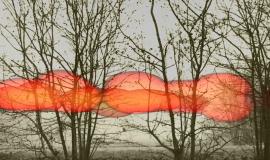 Poetry Film based on the poem  "ruhwunsch" by Antonio Fian.

Thomas Glatz, born 1970 studied social work in Landshut and Bamberg, as well as fine arts at the art academies in Munich and Helsinki. He works as an artist in various fields such as radio play, picture joke, conceptual art, poetry and literature. Thomas Glatz is the director of the "Archive for Use and User Texts" and organizes the literary event "Salzstangensalon" in Munich with Andreas Heckmann and Anna Serafin. Many of his books have been published by Black Ink. He lives in Munich . www.thomas-glatz.de 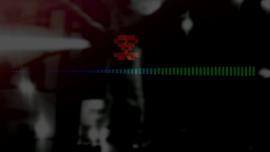 Poetry Film based on the poem "ruhwunsch" by Antonio Fian.

Beate Gördes, visual artist, Born 1961 in Herten (NRW), Germany. Lives and works in Cologne.1987-1992 Studied free art/painting at the FH Cologne. Since 1985, regular exhibitions and exhibition participation at home and abroad. Since 2006, the focus of artistic work has shifted to video compositions in conjunction with electroacoustic sounds. Founder and curator of BLAUE STUNDE, an annual multimedia event. Numerous participations in international short film festivals. 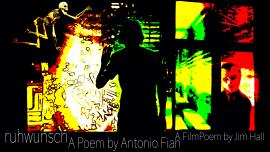 Blessed are the deaf, for they can hum a tune like Beethoven and smile the smile of a Van Gogh Sunflower in the silent morning sun...I Love this poem! Blistering in its commentary and Beautiful in its Prose. The poet Antonio Fian explores the sound of silence in this Ode to the Tone-Downed Ohm. As a filmmaker, I am most comfortable with a poem that is more of a sprint to the finish than a marathon.'ruhwunsch' allows me to jam the unforgiving minute with sixty seconds of sensory jarring distance run.

Jim Hall is a 2-time Peabody Award winner for his work in television as part of an investigative team. The Peabody Award is considered the Pulitzer Prize of broadcasting. Working as a cameraman at TV stations around the United States, he became a digital Gypsy moving from town to town telling stories. His camera lens has captured lost souls on their way out and fallen angels on their way back up. His FilmPoems have screened at festivals internationally, including the ZEBRA in Berlin and the Video Poetry Festival in Athens. Hall was honored to be the recipient of the Special Award from the Art Visuals & Poetry Film Festival in Vienna two years ago. 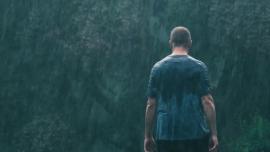 CARLES PÀMIES - BARCELONA, 1964. Graduated in Information Sciences, he has been working in television since 1987 in all kinds of genres and formats. Simultaneously, he develops his poetic activity and his own audiovisual work that gives him his own creative universe, without sticking to trends or groups of creators.With perpetual discontinuity, he considers himself a sniper oblivious to prevailing fashions and currents. Director Statement: Searching for the Beauty, even when the world ends Not with a bang but a whimper.