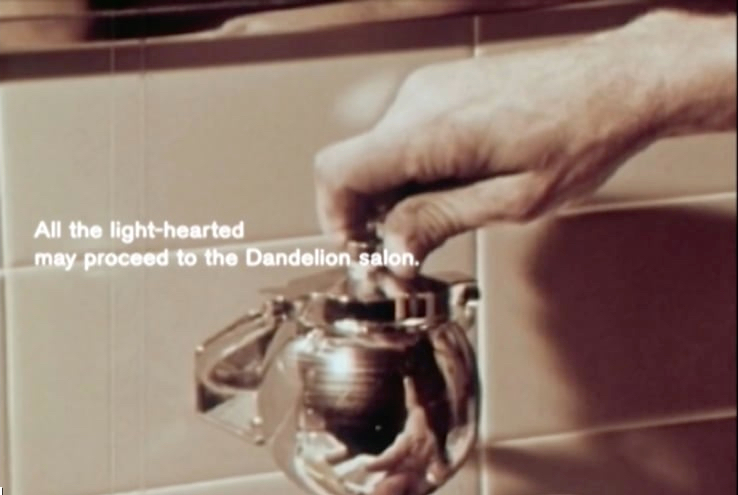 Not all participants in the congress centre know where to go while bacteria and official announcements spread and multiply in the toilets.

The Belgian poet Paul Bogaert has published 6 poetry books since 1996. With the film maker Jan Peeters he has realized 7 poetry films such as Bacteria in 2014. http://www.paulbogaert.be/gedichten/english/

Jan Peeters (°1978) visual artist and experimental filmmaker, lives and works in Ghent, Belgium. In his artistic practice, Jan Peeters currently focuses on so-called ‘iconotextual’ works: he merges words (and more precisely, texts that are set typographically) and moving images (with emphasis on filmic images) to form visual-textual unities of content, which cannot be categorised as either pure image or pure text. In these ‘reading films’ he brings together the languages of literature and visual art, without focussing necessarily on certain implicit elements of mainstream film, such as narration, acting or characters. He has taken part with his works in exhibitions and festivals in Belgium and abroad. His poetry films were selected at some major international poetry film festivals, such as ZEBRA Poetry Film Festival (Münster/Berlin).Jan Peeters holds a master degree in Germanic Language and Literature at Ghent University (2000). Three years later he graduated as a Bachelor of Fine Arts at the Gerrit Rietveld Academie in Amsterdam, the Netherlands. in 2006 he graduated as a Master of Fine Arts at the Koninklijke Academie voor Schone Kunsten (KASK) in Ghent. In 2014 he obtained a PhD at the Faculty of Arts of the University of Leuven (research unit Literary Studies: Literature and Culture) with his research on 'reading film' ('leesfilm' in Dutch).Today, he is teaching at LUCA School of Arts (Sint-Lucas in Ghent). He is also one of the driving forces behind Art Cinema OFFoff, a Belgian cinema for experimental film, based in Ghent. He edited books, conducted interviews and he organized the program series 'This is not a script'. https://janpeeters.info/work